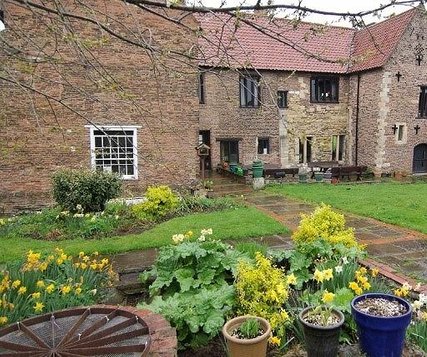 Come and visit one of Beverley’s secret buildings. The Friary is within 150 metres of the Minster and yet relatively few people know that it exists. It consists of a row of buildings, all that remains above ground of the original Dominican Friary founded in 1233. The Friary church and cloisters now lie below the railway line and Armstrong Way: the east end of the church is outlined in modern brick in front of East Riding College.

The archbishop of York (as lord of Beverley) confirmed Stephen the Goldsmith’s gift of the site to the Dominicans, also known as the Black Friars from the colour of their robes. The first buildings would have been constructed of timber, gradually replaced by stone, brick and tile. Some people think that the present buildings may have been the friars’ library and dormitory. The building has undergone many changes and what remains may have been rebuilt after the Reformation using original materials.

Today the exterior is a fascinating mix of architectural styles and materials, set within the Friary’s land. Within there is a great hall with a hammer beam roof characteristic of the 15th century. There are striking 16th and 17th century features including a tiled floor, wall-paintings and a restored limestone fireplace.

Saturday 14 September from 11am to 4pm

The Friary will also be open for the two walks Snapshots of Medieval Beverley (South) on Friday afternoon 13 September.