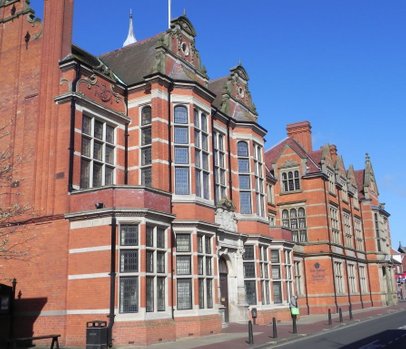 In 1889 the three Ridings (=thirds) of Yorkshire, named East, North and South before 1066, were given independent county status, and all three built headquarters, called County Halls.

East Riding County Council bought the Mechanics’ Institute building in Cross Street (formerly the site of Victorian political shenanigans recorded in a Parliamentary report and in Anthony Trollope’s novel Ralph the Heir). The council used the site to construct a new building designed by Smith & Brodrick of Hull.

There are no less than 10 listed building which make up County Hall in total – the former Gentlemen's Club, Registry Office, Registrar's House, Police Station, Police Hostel & Library, former Hall/Dispensary, The Gables (No.65 Lairgate), the boundary wall to No.65 and the Old Manse.