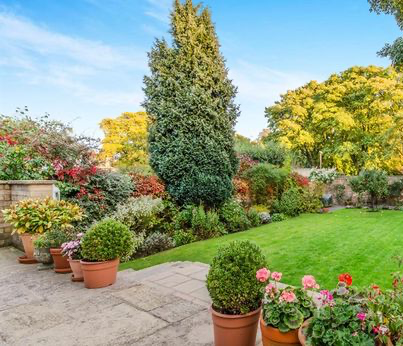 No. 9 is the central and much the largest of a row of houses on the S side of Norfolk Street (the street named for a former manager of Crosskill’s Ironworks who was deeply involved in Beverley’s corrupt election of 1868, and lucky to have a street named after him instead of going to prison).

The houses are thework of the architect/builders Marmaduke and James Whitton in 1880, using the southern half of the former prison. No.9, now Grade II listed, was the turnkey’s house. With Whitton’s trademark yellow bricks to the lower floors, the brick 3rd floor suggests an upward expansion.

The octagon shape and low windows were designed so that the turnkey could watch most sections of the prison from his house. Since the 1960s it has been a very happy family home, the last thirty years in the possession of the current owners.