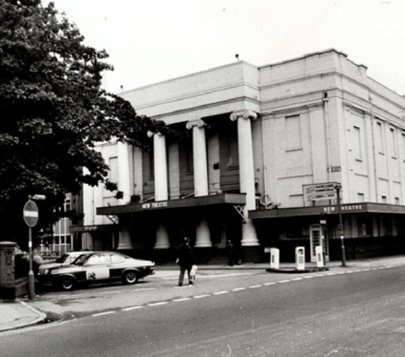 Hull New Theatre has a fascinating history since it first opened on Saturday October 16 1939 with Noel Gay’s ‘Me and My Girl’.

Founder Peppino Santangelo came to the city in 1924 to join the Hull Repertory Company based at the Little Theatre in Kingston Square.  After turning the struggling company around, he turned his attentions to the Assembly Rooms next door.

Peppino Santangelo thought the venue could be a new home for the company. At the same time, he realised that the Little Theatre’s other neighbour, Hull Central Fire Station, needed more space so Peppino suggested a swap – the Little Theatre for the Assembly Rooms – and the deal was done for £9,000.

After continuing performances throughout war time, audiences began to dwindle but intervention from Hull City Council in 1961 secured the theatre’s future as a key player in the performing arts scene.

The theatre has played host to some of the best award-winning productions over the years and following completion of a £15.9m major revamp, opened its doors again in Autumn 2017.