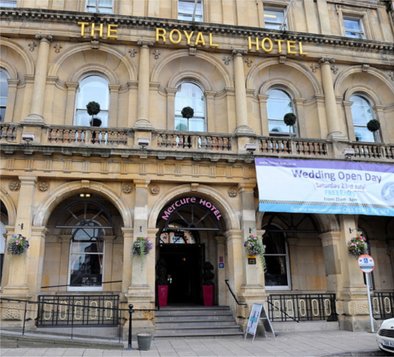 The Britannia Royal Hotel, formerly known as the Royal Hotel, was completed in 1851, three years after Paragon Station had been opened.

It was originally known as the Station Hotel but changed its name following the jubilant visit of Queen Victoria in 1854. Today it is a thoroughly modern hotel, but there are many reminders of its past. See also the room where Larkin wrote his famous poem 'Friday Night at the Royal Station Hotel' Hull.

There will also be other old photos and memorabilia from the hotel's history on display in the Prince of Wales Suite.